Electrical engineering students and industry professionals converged at the UC San Diego Jacobs School of Engineering on March 31, 2016 for ECE Day, hosted by the Electrical and Computer Engineering Department for its 50th anniversary. The day featured industry speakers, poster presentations featuring current research by ECE students and faculty, and Arduino workshops — even a jousting arena, lego competitions and a conversation with a Disney Imagineer! 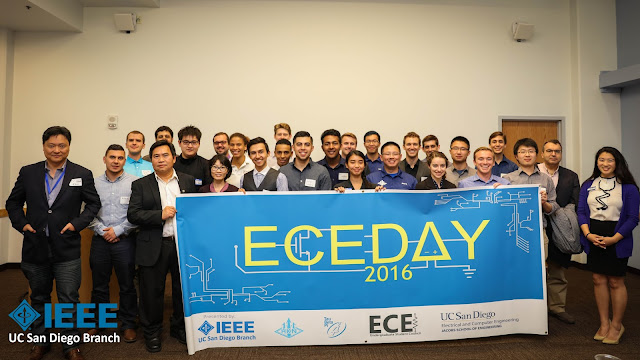 Freshman computer engineer Elise Wong and senior electrical engineer Christopher Ellis of UC San Diego’s IEEE branch co-led the ECE Day planning committee, which included members of Tau Beta Pi (TBP), Etta Kappa Nu (HKN), the ECE Undergraduate Student Council. According Ellis, ECE Day was an idea that grew out of something else: “We originally wanted to invite industry to come in and tell students about the transition from school to the workforce.”

Logistical obstacles pushed the original event back, but Ellis says that the extra time allowed the planning team to make ECE Day a larger, more interactive event. Student organizations, including Divergent Engineering, Students for the Exploration and Development Space (SEDS), and Virtual Reality Club at UCSD (VR Club), showcased their current projects and encouraged interested students to join. In addition, Atmel Truck: Tech on Tour invited attendees into their trailer for an open house on Warren Mall. 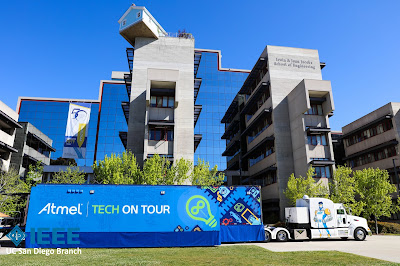 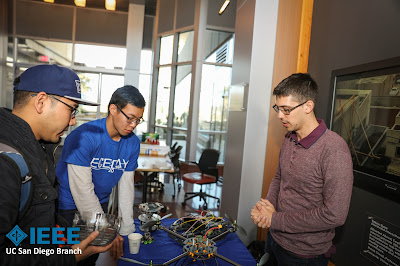 Co-Founder of Qualcomm Irwin Jacobs gave a keynote speech regarding his life and career from academia to industry. Other speakers included Larry Stullich and David Pritchett, representatives of Northrop Grunman, and Slava Rokitski, who serves as Senior Manager of System Design at Cymer. Professor Mohan Trivedi and Assistant Professor Vikash Gilja of the ECE department also presented about their ongoing research projects.

Jacobs described how every student must decided whether or not they should attend graduate school, and specifically how he chose to apply to only a single school and fellowship, otherwise he would go directly into industry. “It hit home because I’m having the exact same thoughts,” Ellis said. 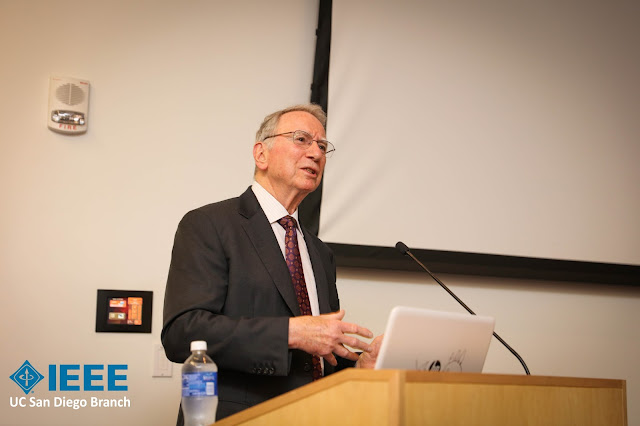 For the electrical engineers who attended, Ellis hopes they connected with potential opportunities to get involved, whether through student organizations or in faculty research. For future ECE Days, he wants to reach out more broadly to non-ECE majors and expose them to the exciting progress in the realm of electrical engineering.

“We want to get other students who are maybe bio majors or psychology majors to see what it’s like, to see what we’re doing, said Ellis.

Check out this post: A Conversation with A Walt Disney Imagineer 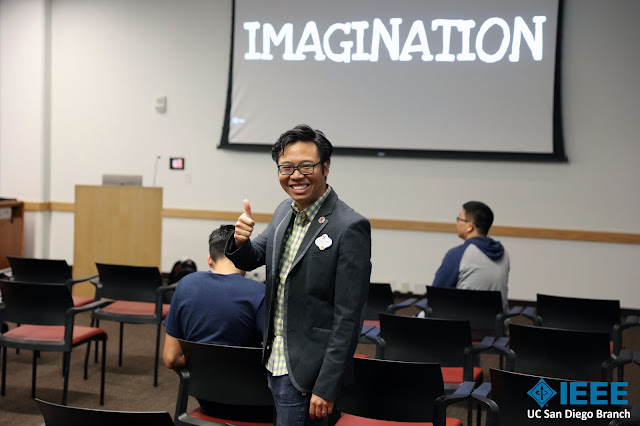