The Women in Computing group at UC San Diego hosted a beginner's programming competition Saturday, Nov. 23 in the CSE Building. The contest was designed specifically for undergraduates who haven't yet taken upper division courses.
Students could work in teams of two or by themselves. They had to answer a series of questions coded in JAVA--and got free pizza.
Here are some pictures of the fun. 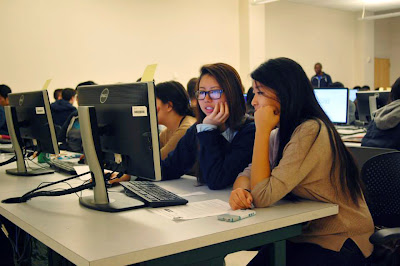 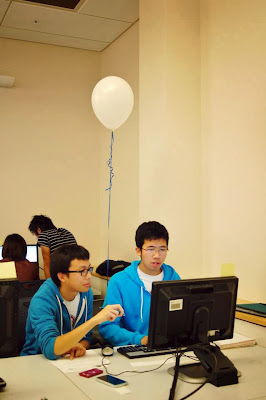 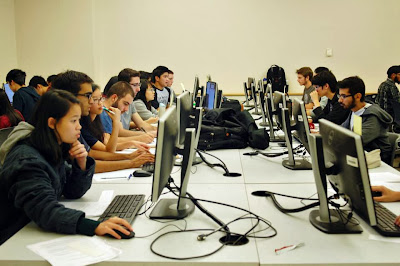 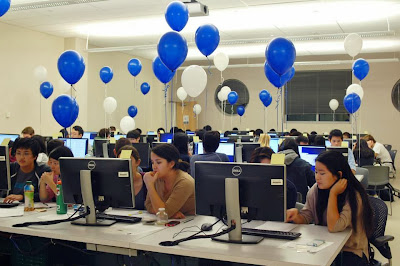 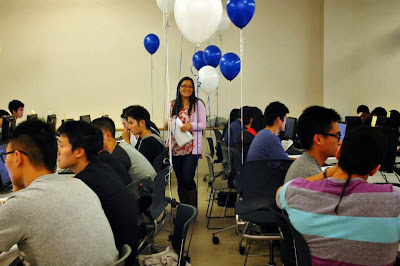 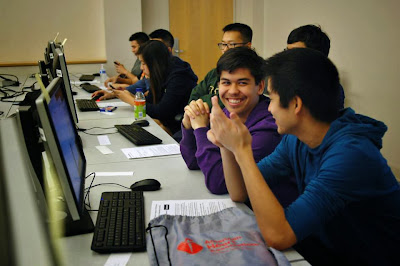 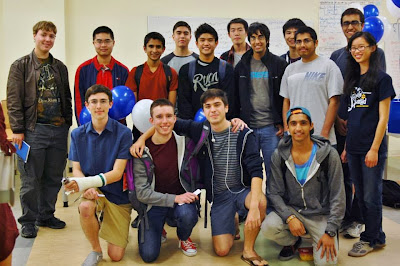 Posted by Ioana Buibas at 10:46 AM No comments:

The topic: Controlling Machines with our Minds


Neurotechnology is changing the way we live. Advances in robotics and neural prosthetics, including computer systems that interface directly with the human brain, give patients with paralysis, lost limbs, or neurological disease new ways to move and communicate. But with these revolutionary technologies come translational challenges: Scientists are still working to make neural prosthetics reliable, safe, and affordable. As electronics get smaller and robots get smarter, what will the future hold for the patients who rely on this technology? And from remote warfare to remote surgery, how are people without disabilities likely to use these neurotechnologies in the coming years?


The shake table at the Englekirk Structural Engineering Center was in the spotlight Nov. 6 on "Making Stuff Safer," a PBS/NOVA show hosted by David Pogue.
One of the show's segments documents how researchers used the facility, which is the largest outdoor shake table in the world, to test so-called wood frame soft-story buildings. The structures, dating back to the 1920s and 1930s, typically have first-floor garages and apartments on the upper floors. There are tens of thousands of these types of buildings throughout California, especially in the San Francisco Bay Area, and the United States.
Engineers used the table to test various seismic retrofits in a 44,000-square-foot building built specifically for the occasion. John Van de Lindt, the principal investigator on the project, secured a $1.24 million grant from the National Science Foundation for the research. His team from Colorado State University is working with Rensselaer Polytechnic Institute, Cal-Poly Pomona, Western Michigan University and Clemson University. Numerous industry partners, including Simpson Strong-Tie and the Forest Products Laboratory, as well as several other government entities are also collaborating on the tests.
More on "Making Stuff Safer" here.
More on the research here.

Posted by Ioana Buibas at 4:25 PM No comments: