MiP, the toy robot created by the UCSD Coordinated Robotics Lab and toymaker WowWee, is at Comic Con 2014 this week and has been making some new friends. Pictures of the fun below.

More about MiP here and here. Want one? MiP is currently available at Best Buy and more broadly next month. 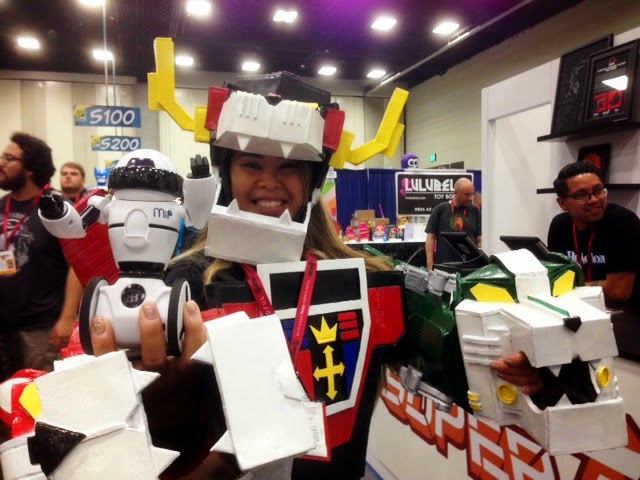 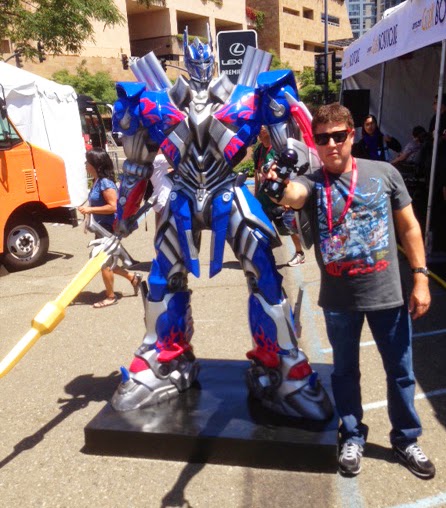 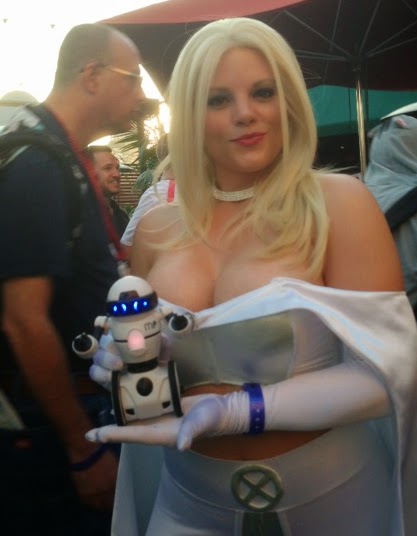 Posted by Ioana Buibas at 9:47 AM No comments:

MiP, the robot created by the UCSD Coordinated Robotics Lab and WowWee and ThoughtSTEM, a company founded by two Jacobs School computer science grad students were recently featured on Innovate 8, a program produced by CBS News 8 in partnership with UC San Diego and the San Diego County Office of Education.
Watch below:


Posted by Ioana Buibas at 4:00 PM No comments:

Check out the many references to Jacobs School of Engineering students, faculty, alumni and facilities.

Posted by Daniel Kane at 4:26 PM No comments:

Dispatches from the Amazon-Second in a Four-part Series


This is an update we received July 13 from Professor Marc Meyers, who is currently in Brazil, scouting locations for an expedition up the River of Doubt, which he plans to start this fall. Meyers plans to retrace the steps of Theodore Roosevelt, who explored the river 100 years ago, in 1914.

I had the good chance to meet Eliar Negri, Secretary of Tourism, Commerce, and Industry of Vilhena. He personally took me to visit Rondon’s house. It is a whitewashed construction with a front porch and has obviously received a new roof. We had to enter into an area reserved for exclusive use of the Brazilian Air Force but were able to get in through a gate in the fence. This is most probably a place where Roosevelt stayed before embarking down the River. In front of the house there is a strange steel contraption with a crank and a set of gears. I could not establish for sure the purpose of the heavy machine but suspect that it was intended to stretch the copper wires of the telegraph line. Eliar informed me that inside the house one can still find some of Rondon’s personal effects but it was locked.  There is also a cemetery in front of the house but no markers. These must be Rondon’s camaradas, soldiers, and Indians that died in this area. There was a rumor (as there is often) that he had buried gold in the yard and this was followed by furious digging.
Afterwards, he took me to the fairgrounds and introduced me to its president, an Italian named Agostinho Pastore. He informed us that there are very few horses in Vilhena, except for expensive purebreds kept by rich ranchers. We are in the middle of soy country, which is the local gold. It is transported by truck to Porto Velho, 500 miles north, and then by barge down the Amazon to satiate the ever-growing needs of an ever-growing  Asia. Soy is the most important component of the local economy. Mr. Pastore also told me: “Forget about horses! What you need are mules. Much more endurance.”
And much less pleasant to ride, I thought to myself.
He told me that farther south, close to the beginning of our planned land journey, there are plenty of horses and mules. He offered to keep them in his corrals, once we make it to Vilhena, and informed us that it would be a simple matter to repatriate them to their point of origin, since there are large numbers of cattle trucks in the area.
I could not contact the person that knows about the steel boat that the Roosevelt-Rondon expedition and resigned myself, in the afternoon, to watch one of the most boring matches of my life, Holland vs. Argentina.  The historian never called back and probably changed his mind about offering to help. However, I was fortunate to contact someone who owns a car rental and will take me this afternoon to my destination: the headwaters of the Roosevelt River. More to follow!

Posted by Ioana Buibas at 10:05 AM No comments:

Dispatches from the Amazon - First of a Four-Part series

This This is an update we received July 10 from Professor Marc Meyers, who is currently in Brazil, scouting locations for an expedition up the River of Doubt, which he plans to start this fall. Meyers plans to retrace the steps of Theodore Roosevelt, who explored the river 100 years ago, in 1914.
More on Meyers' planned expedition here. 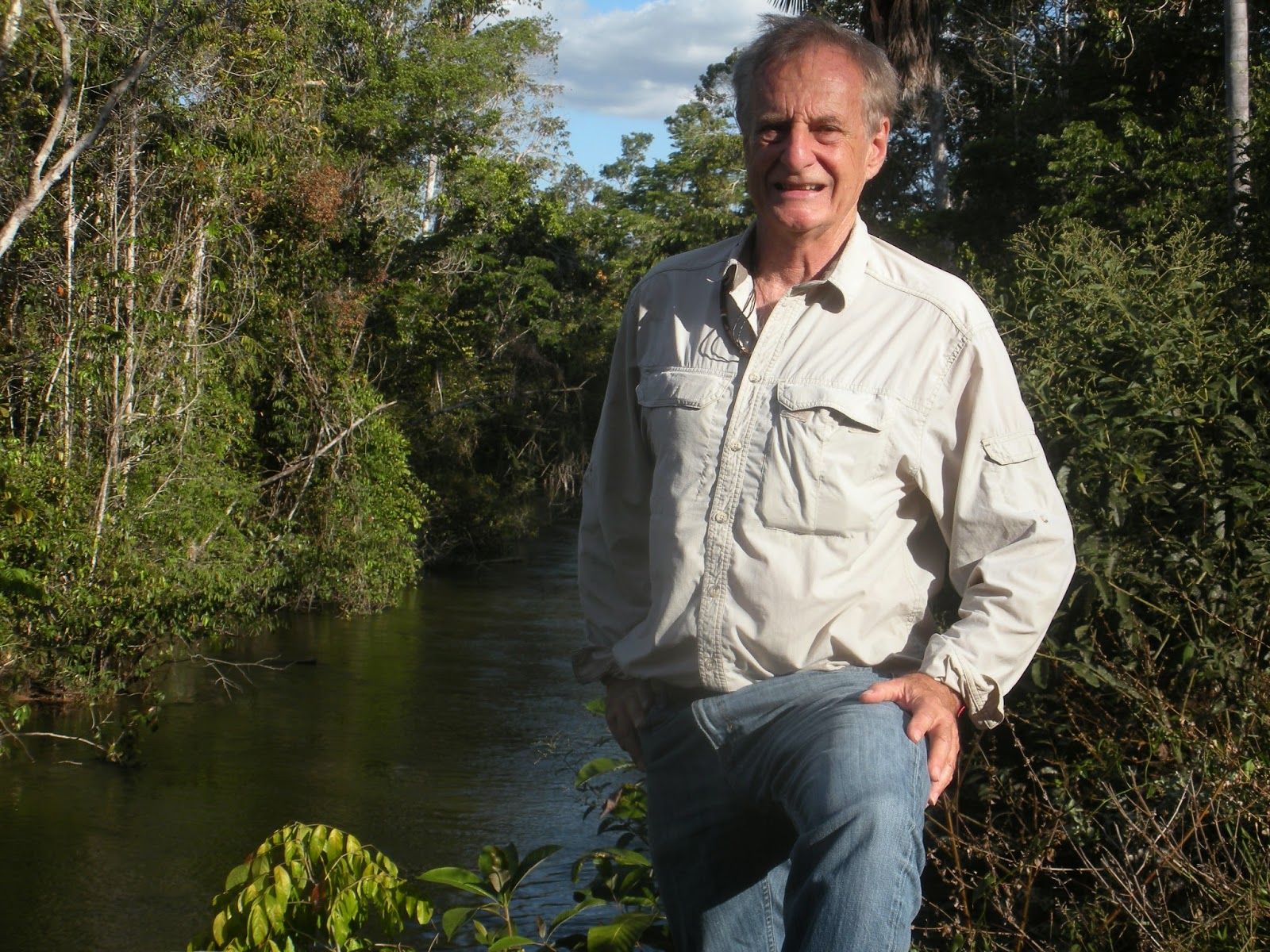 I decided to visit the key areas where the original Rooosevelt-Rondon expedition passed this summer.  I flew to Cuiaba, close to the town where Rondon is born. From there, I took the bus to Caceres, on the Paraguay River. It was supposed to be an uneventful trip of three hours, but a tragic accident in which six persons died and about 20were injured delayed the bus for several hours. My initial decision to rent a car and drive to Caceres myself would have put me in the middle of the turmoil. I returned the car after trying to get out of Cuiaba for 40 minutes, getting lost several times.

Caceres is a city of approximately 60,000 on the river. I inquired about regular boat transportation from Corumba and was informed that a boat has to be hired for that purpose. The trip takes approximately three days and stops at points in the Pantanal can be arranged. There is a large tourist fishing fleet in Caceres and these boats can be leased for a small group.

Aware of the dangers of driving in Brazilian highways, where semis, buses, and cars fight for the right to pass each other on two-lane highways with zero shoulders, I decided to take the bus, a very comfortable and economical option. The ticket was $35 for a 500 km trip. I was able to assess the terrain that the horseback portion of the expedition will cover.

Caceres is surrounded by marshy land; I could not identify the post of Tapiropoan on the river. The names must have changed in these 100 years. The highway, BR 362, follows supposedly the telegraph line laid by Rondon prior to the 1914 expedition and followed by Roosevelt. However, the Utitiarity Falls are not along the highway, but directly North of Caceres. The road gently rises to a plateau, called Chapada dos Parecis. The cerrado and low forests have been for the most part replaced by pastures. On our West side, we followed a mountain range. The horseback portion should not encounter any major problems.

I was pleasantly surprised by Vilhena, the last portion of the RR expedition, where the River of Doubt starts. It is, interestingly, still called Rio da Duvida on maps and MapQuest. It is only farther North that the name changes to Roosevelt River. The city has a population of  about 70,000 and is the result of a major immigration wave in the 1970s. It is now an important center of the entire region and the symmetric arrangement of streets, order, and a certain harmony are clearly the result of the immigrants from the South of the country. It is at an altitude of 600 meters which provides a pleasant climate all year long, something that definitively has helped its development. In Vilhena, I have three primary goals:
1.       Visit the headwaters of the River of Doubt.
2.       Inquire about the availability of horses for the travel from Tapirapoan to Vilhena.
3.       Visit Rondon's house.
4.       Establish local contacts and obtain support from the mayor for the expedition.