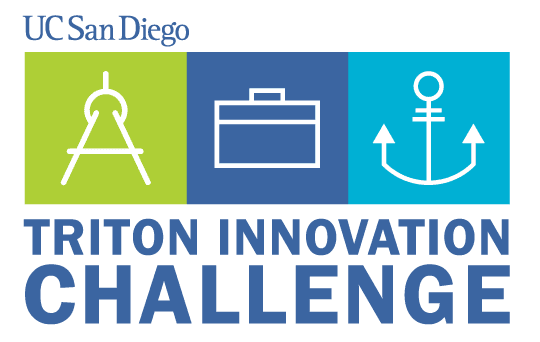 Since applying to the Triton Innovation Challenge a little over a week ago, the newly picked contestants are now diligently preparing for the semi-finals on November 16 and the final event on November 29.

Participants include students, faculty and staff, and all participants are eligible to receive up to $20,000 in cash prizes, as well as up to $300,000 in investment funds from the Rady Venture Fund and Triton Technology Fund.

The von Liebig Entrepreneurism Center will provide mentors for the teams from the Jacobs School of Engineering. A project led by faculty member Brandon Reynante, titled Life Cycled Materials, is a prototype aimed at recycling paper and plastic into durable building materials. Another project is Power Reef by Engineering student Nicholas Bouck, which is a renewable ocean-powered fuel source to reduce air pollution caused by fossil fuels. Another project to reduce air pollution is Sky Scrub by Elizabeth Johnson, a concept to put specialized plates in automobiles to ionize smog.

For the specialized Social Innovation Track, One Village Solar Tiki Torch will represent Global Ties from the Jacobs School of Engineering. The team, led by Nate Vanta, will be required to present an effective minute-long elevator speech.


Alumni of the Triton Innovation Challenge say that the entire event provides a unique opportunity to network. Past participants believe the event is useful for teaching contestants how to transform their knowledge of innovative technology into a successful business plan.

Because the event is co-sponsored by the Jacobs School of Engineering, Rady School of Management, and Scripps Institute of Oceanography, all three organizations have provided judges to rate applicants’ submissions. The Jacobs School of Engineering judges were Larry Morgan, Mike Krupp, and Lori Deaton, all of whom are from the von Liebig Entrepreneurism Center.  25 teams applied for the Triton Innovation Challenge and the top 16 teams were selected by the judges for the semi-finals.

The teams are excitedly working on the presentations of their products and ideas. Stay tuned to see how the Jacobs School of Engineering teams fare. For more information on the challenge, visit Rady’s website here.

Posted by E&L Marketing at 1:21 PM No comments:

How it all began with vLC - the first 5 years

To celebrate the 15-year anniversary of the von Liebig Entrepreneurism Center, we will present some highlights from the past 15 Years over the next three issues of this newsletter. The von Liebig Center (vLC) at the UC San Diego Jacobs School of Engineering provides entrepreneurship education, business mentoring and a complete path-to-market platform to transform university research into products that benefit society.  Our experienced technology and business advisors guide inventors throughout the technology assessment, proof-of-concept and early stages of the commercialization process. Once technology feasibility is demonstrated, these innovators are supported as they attract the entrepreneurial talent and capital that they need to advance their technology toward the marketplace. The Center primarily serves the UC San Diego engineering and science community, but many of our programs extend to organizations around the world.

NetSift
Only a year after its establishment, NetSift was acquired by Cisco Systems, Inc. NetSift was desired for its work in creating security solutions for high-speed communications networks. Created in June 2004, the company was based off of specialized patented research. George Varghese, Computer Science and Engineering professor, led the formation of the company at the Jacobs School of Engineering.

Ortiva, founded in 2004 through the lab of Professor Sujit Dey, was acquired by Allot Communications in 2012. It was sought after for its unique and innovative solutions that enhanced mobile video management. Ortiva assisted service providers in improving the quality as well as the efficiency of media content delivery. It did this by individualizing each mobile connection through assessing current network conditions.

Rhevision Technologies
Founded in 2006, the company focuses on the development of premier, high-quality optical tech. One of their most profound inventions is the advanced liquid lens-based Miniature Tunable Camera Lens (also known as an MTCL). One of their other revolutionary products includes their fixed and >3x optical zoom and auto-focus lens system. Their products have gripped the interest of multi billion dollar markets and industries.

San-Diego based Scoperta is renowned for rapidly developing advanced solutions in a variety of industries. Its unique rapid alloy development software allows for constant rebuilding and rethinking of materials science, with each product being more groundbreaking than the last. The skilled metallurgists and scientists develop hardfacing welding wires, thermal spray products, and more.

When Winston Chen, Ph.D, was told to apply for the highly competitive Tech Coast Angels (TCA) Quick Pitch competition, he didn’t know what to expect. By the end of it, he certainly did not expect to win fifth place out of an applicant pool of 60.

Winston’s journey towards the TCA competition was a bit unexpected. After participating in a pitch competition presented by the Von Liebig Entrepreneurism Center (VLC) and BMES, he was referred directly to Larry Morgan, Executive in Residence (EIR) of the VLC. Larry insisted that he could skip past the I-Corps program and immediately become his mentee through the VLC Accelerator program. After seeing how gifted and hard working Winston was, Larry encouraged him to apply to this year’s TCA Quick Pitch competition with his startup project, VOR. Winston’s great love for food pushed him to develop VOR, and he is in the process of developing a platform that rapidly detects illness-causing bacteria in food.

Tech Coast Angels (TCA) Quick Pitch, Winston learned, was the perfect opportunity to help him hone his business skills. In a competition as fast-paced and competitive as this, Winston quickly learned how to present successfully -- all in under two minutes.

“It was really challenging putting everything together in just a couple of minutes to make a compelling story to the target audience,” recalled Winston. Despite its challenges, Winston was thrilled to be participating in such a unique opportunity. “When I heard about it, I did some research and found that TCA is very competitive. It gives startups great exposure, and brings them valuable networking opportunities.”

TCA Quick Pitch is a widely-recognized angel investor event, and is one of the biggest in the nation. Its challenge comes from the fact that competing entrepreneurs have only 2 minutes to pitch their startup ideas to an expert panel of carefully chosen and experienced judges, who are investors, execs and community leaders and professionals. The 10 finalists receive coaching, and winners are awarded with cash and business services.

Still incredibly humble despite his success, he believes he cannot yet give advice to anyone looking to tackle the challenges of a startup. Yet, he believes passion is what drove him so far.

“Passion is really important,” he said. “VOR’s other founder, Tsung-Feng Wu, is as much a food lover as I am. We realized that our deep domain expertise could make safety testing faster and easier for our favorite foods. If we weren’t passionate we would not have made it. So passion is what drove the energy in us to succeed.”
Posted by E&L Marketing at 12:37 PM No comments:

On October 3, the Gordon Center held its first fall quarter LEAP (Leadership Engineering Applied Practice) session, led by Dr. Ebonee Williams. This fall quarter, 23 undergraduate and 10 graduate students are participating in the LEAP Sessions as part of the Gordon Scholars program.
The first day of LEAP sessions are always the most interesting, as new students are eager and don’t know what to expect. As we say at the Gordon Center, “Leadership is a verb – we must learn by doing”, and that is exactly what the LEAP students did on their first day.


Students were challenged to identify other students’ personality types by asking everyday questions in a form similar to speed dating. They worked to identify other personality types according to four distinct axes from Myers Briggs: introversion vs. extroversion, sensing vs. intuition, thinking vs. feeling, and judging vs. perceiving. While some students felt confident about the task at hand, others were daunted by the idea. At the end, all students walked away with the ability to identify people they might want to recruit on their team. 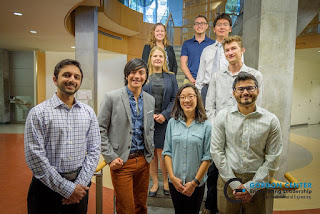