Structural Engineers for a Month 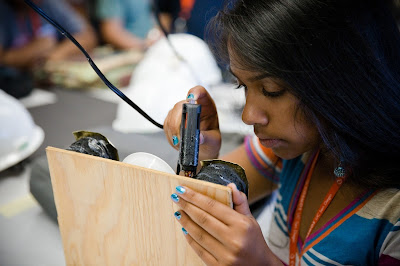 It's not every day that high school students get to build a structure and get it tested on an earthquake simulation table. But that's exactly what 23 students from all over California were doing Tuesday, July 30, on the fourth floor of the Structural and Materials Engineering building at the Jacobs School.
They were taking part in COSMOS, an outreach program partially funded by the University of California to encourage students to study science, technology, engineering and math in college.
In the program's earthquake engineering track, students learned cutting-edge techniques to retrofit the structures they built and how to make them damage-proof during an earthquake using sophisticated methods like shear walls, isolator for the structures' base and more.
"I feel like I've been learning a lot about structural engineering," said Kevin Yturralde, 17, a senior at Morse High School in the Paradise Hills neighborhood of San Diego. "The content we learn is important. But it's also a great look into what college life would be."
Some pictures of the fun below: 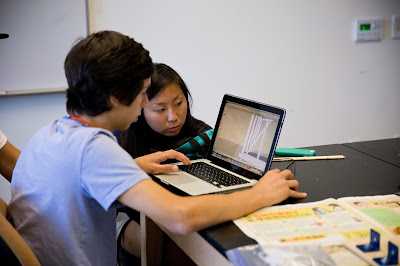 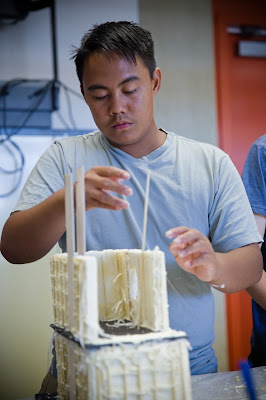 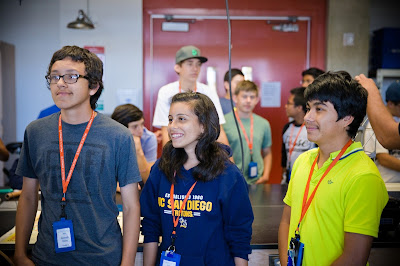 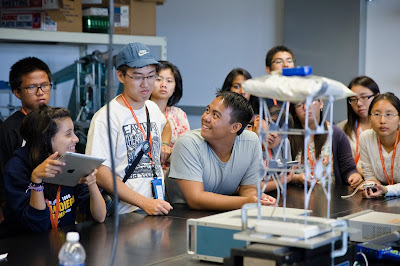 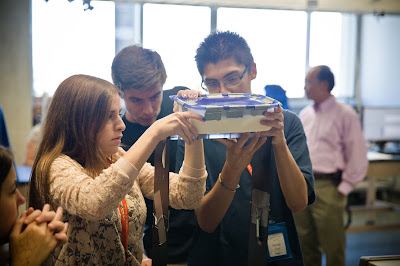 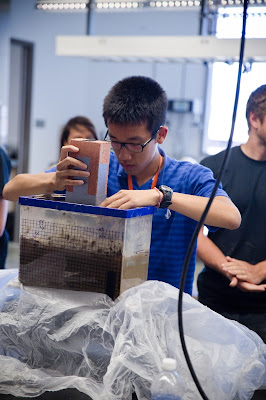 Email ThisBlogThis!Share to TwitterShare to FacebookShare to Pinterest
Labels: COSMOS, photo of the week, structural engineering 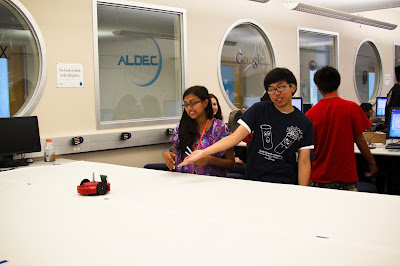 Robots can make art--if programmed properly. That's one of the lessons about 20 students from all over California learned this summer at the Jacobs School. They also learned to program in Python.

The students were taking part in COSMOS, an outreach program partially funded by the University of California to encourage students to study science, technology, engineering, and math in college. More specifically, the high school students were enrolled in the program's Computers in Everyday Life track, where they learned how to program robots, create an app for Android phones and worked with Arduinos, devices that control circuits and motors.

At the end of their robotics sequence, the students put on an art show with their robots. They had programmed the robots, which were equipped with a marker, to draw images, including a flower, a popular cartoon character and a cityscape. Some pictures of the fun below.

Students worked with Ryan Kastner, professor of computer science at the Jacobs School of Engineering at UC San Diego, Curt Schurgers, a researcher at the Qualcomm Institute at the California Institute for Telecommunications and Information Technology, Saura Naderi, an Arduino guru and outreach coordinator at Calit2, and Shirley Miranda, a high school teacher at Morse High School, director of the Greater San Diego Science and Engineering Fair, and COSMOS teacher fellow. 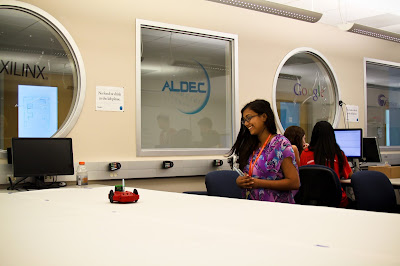 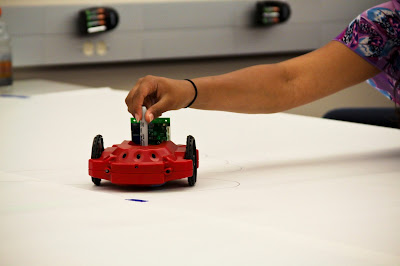 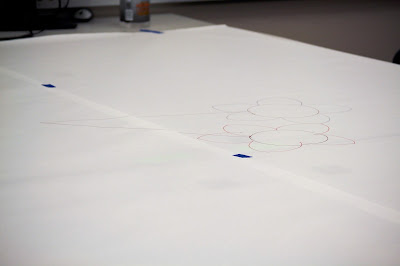 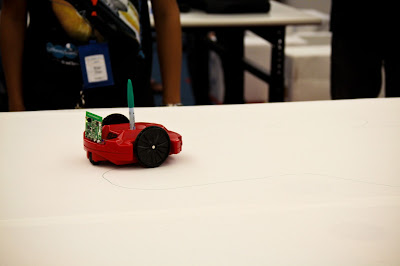 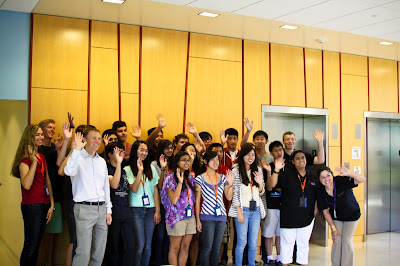 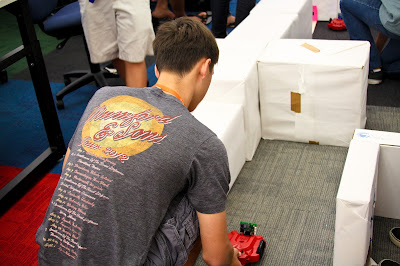 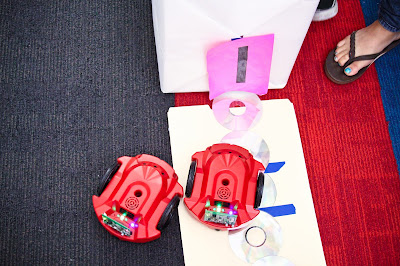 Email ThisBlogThis!Share to TwitterShare to FacebookShare to Pinterest
Labels: computer science, COSMOS, photo of the week

Undergraduates in Space! Well, in Microgravity on a NASA Plane

A team of undergraduates from the Jacobs School got to fly in zero-G over the weekend on a special NASA plane. They were studying how biofuels burn in space. Their research could lead to better fire extinguishers for the International Space Station and more efficient combustion engines here on earth. Nico Montoya, a sophomore majoring in aerospace engineering, took some time to answer our questions about the mission on the Jacobs School Facebook page today. Nico, who is also an IDEA Scholar, was on the team's ground crew.

The Q&A with him is below.


To learn more about the team and their mission, go to:  https://sites.google.com/site/ucsdmicrogravity/

3 hours ago near San Diego
You may have seen some of the stories on the Jacobs School students who recently tested how biofuels burn in near-zero-gravity conditions. We are planning to chat with one of students, Nico Montoya, and perhaps a couple of others. Nico, are you here?
Posted by Ioana Buibas at 4:03 PM No comments: