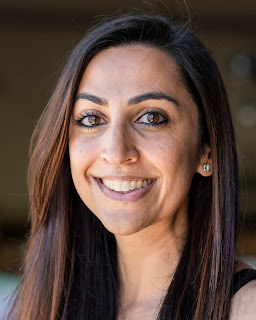 Dr. Aditi Sharma, a UC San Diego bioengineering alumna and resident physician at the UC Irvine dermatology department, is combining her engineering skills and medical expertise to solve one of the ongoing challenges of the COVID-19 pandemic: a shortage of protective masks for healthcare workers.

Sharma and several colleagues developed a method to fabricate face masks out of discarded surgical tool sterilization wraps, and launched a project that aims to create 10,000 of these masks for healthcare workers. Their project was featured in the Los Angeles Times.

Their mask is made from recycled Halyard H600, a material used for surgical equipment sterilization, with straps made of recycled Gemini surgical wrap material.

Their repurposed sterilization wrap mask has up to 86.5 percent filtration rate; this is lower than the 95 percent of N95 masks, but more than three times more effective than ordinary cloth masks, which many health care workers have been forced to use due to insufficient personal protective quipment (PPE). Their goal is to be able to reserve N95 masks for medical personnel working directly with known COVID-19 patients.

In just two months, Sharma and her team have made over 2,000 face masks, and are looking to expand the project to the entire state of California and hopefully the rest of the country.

“We're hoping that ultimately not only will healthcare providers have the masks, but maybe even people in the community can have access to them as well,” Sharma said. “In terms of getting towards that 10,000 goal, I think probably in the next couple of weeks we should be there, between manufacturers in the local community who are willing to help us and volunteer groups who are willing to help.”

Sharma graduated from UC San Diego in 2009 with a degree in biomedical engineering, and then received her medical degree at the Medical College of Virginia. During her time at UC San Diego, Sharma had the opportunity to work at Pfizer as a research assistant and participate in the Amgen Scholars Program over the summer. These two experiences sparked her curiosity in immunology and inspired her to conduct research on biological warfare and bioterrorism under Dr. Anthony Fauci at the National Institutes of Health.

After a one-year stint at the NIH, Sharma shifted gears and worked as an engineer at the World Health Organization to improve access to medical devices for low income individuals. She explained that her background in engineering has given her a unique approach to medicine.

“I think something that is kind of fundamental to engineering is asking, “Is this the most efficient process and how can we improve it?” Sharma said. “I think sometimes in medicine, we accept what is told to us-- that this is how it is. And I find that that engineering side of me is constantly saying, ‘What can we do better?’”

When Sharma came back into the medical field, her main goal was to find a way to integrate the fields of public health, engineering, and medicine in her work; this project has allowed her to do so and help contribute to the fight against COVID-19. Sharma encourages students to take advantage of all the resources that UC San Diego offers and to dream big.

“What I loved about UC San Diego is there are so many resources,” Sharma said. “I used to go to the Teaching and Learning Commons...and I remember really learning linear algebra very well because I had that extra support system. I am also grateful for applying for those job opportunities that I never thought I would get. I think it set me up for the rest of my career.”


Posted by Katherine Connor at 11:42 AM No comments:

As it became clear in late February that COVID-19 was not going anywhere, four UC San Diego graduate students were planning their final project for the Numerical Analysis for Multiscale Biology course, which uses math to simulate biological processes.

The mechanical engineering and bioengineering students—Parker Dow, Cathleen Nguyen, Clara Posner, and Patrick Wall—decided to put their skills to a new use, and build a predictive model analysis that could bridge from the molecular biology of the SARS-CoV-2 virus to the epidemiology of the spread of infection through the population. The team started the three-week project in early March.

“A lot of times, when working on basic cell biology research, it can seem kind of removed from the bigger picture of what’s happening in the world,” Posner said. “But working on this coronavirus project is a lot more motivating since it can help with this current crisis that’s affecting us all.”

The idea to focus the project on COVID-19 was first brought up by Dow. According to Dow, he had started to see new scientific literature related to the novel coronavirus come out and it became increasingly apparent that some of the data could be used for computer modeling.

“I floated the idea to the group because I’d seen in a paper that they got a new structure of the coronavirus binding protein,” Dow said. “Our group started to do a bit more research on it and discovered that the scientific community had been publishing things daily, so we all wanted to take a stab at it.”

Two of the tools—Browndye and MCell—that the team used to model their systems were developed in-house at UC San Diego. Several local scientists, including UC San Diego Project Scientist Gary Huber and Salk Institute Staff Scientist Tom Bartol, were actively involved and helped guide them through the project.

“The course instructors went above and beyond,” Wall said. “It was really helpful to reach out to them and ask for their expert knowledge. They also were instrumental in getting our models to run properly.”

This hands-on course is one of seven lab courses offered by the Interfaces Graduate Training Program in Multi-scale Biology that involves students from 11 graduate programs at UC San Diego and is directed by Professor Andrew McCulloch from the Department of Bioengineering.

“The scientific challenges of addressing the COVID-19 pandemic are so daunting because they span from the scale of the spike protein on the virus, to the cellular and pathophysiological responses of the infected human to the population of the globe. Problems like these require the kinds of novel multi-scale approaches and interdisciplinary teamwork that the Interfaces program was designed to teach and encourage.

According to Wall, one of the challenges when they first started was that the data surrounding COVID-19 was sparse. To tackle this, the team looked at similar viruses, such as SARS, and used data from that to generate initial models.

“The 2002 SARS virus was also a coronavirus outbreak. These viruses are so similar,” Wall said, “we were able to use a lot of the data that was generated in the mid 2000s to early 2010s on the SARS coronavirus and extrapolate our modeling based off of that.”

Nguyen added that because the coronavirus was evolving in real time, there were a lot of unknowns and the team was forced to make assumptions throughout the project.

Nguyen enjoyed how she was able to work together with students of different engineering backgrounds.

Posted by Katherine Connor at 1:48 PM No comments:

Materials are an essential part of our world; they have enabled us to build cities, treat disease, and communicate across the world in real time. For centuries, material scientists have been working to build our material library and to discover new materials with greater performance and better property trade-offs. Over the past few decades, however, the rate at which new materials are being discovered has been slowing continuously. This is due to several factors including increasingly stricter regulations, more challenging performance metrics, and increasingly more expensive empirical development strategies.

The reduced rate of material discovery is also in part because many of the simplest combinations have been investigated, and the number of remaining possible combinations is quite extensive. For example, if random combinations of five elements from the periodic table are combined in equal amounts, there would be 1078 possible combinations to choose from. This example ignores the fact that different numbers of elements can be combined, not just five, and that they do not have to be combined in equal ratios. For perspective, there are estimated to be 1066 atoms in the Milky Way galaxy. So, in terms of a “big data” challenge, materials development of complex composition alloys represents perhaps the biggest big data paradigm. There is a clear need for a method to narrow the search space to only the most promising candidates for a given application. Intuition and expensive trial and error strategies will not be sufficient for investigating this immense chemical space, and more informed computational methods must be developed and employed.

Our team of nanoengineers in Professor Kenneth Vecchio’s lab at UC San Diego is developing tools for screening large numbers of materials in a rapid fashion. The first step in our work is creating unique identifiers for each material, akin to a fingerprint of the material. In the same way no two fingerprints are alike, every individual material possible can be reduced to a simple but unique set of attributes. These identifiers describe the material composition in a way that supports computation work leveraging a subset of artificial intelligence called machine learning. The machine learning tools learn the underlying science that relates these attributes to various material properties. Typically, machine learning requires enormous initial datasets to learn from before it becomes a useful tool.

However, the method that our team developed is designed around the fact that material development problems frequently have less than 100 data points at the outset. After learning about the initial dataset, the machine learning algorithm suggests new materials with the goal of maximizing performance. Each time the materials suggested by the algorithm are fabricated and tested, this new information is made available to the algorithm, creating a learning loop.

The data-driven method that our team has developed was recently demonstrated for predicting the synthesizability of single crystal structure (e.g. rock-salt structured) carbide ceramic materials containing five metal cations, also known as high entropy carbides. High entropy carbides constitute a subset of the complex concentrated alloys class of materials described previously, as they have the added uniqueness of becoming more stable at increasing temperatures, which is unlike most engineering materials. The researchers focused their study on what are called non-intuitive compositions, in which three of the five metal cations are chromium, molybdenum, and tungsten, none of which form a rock-salt structure at room temperature in a one metal atom to one carbon atom ratio.

The initial dataset contained all available data: 56 high entropy carbide materials with synthesizability calculated by computationally expensive density functional theory (DFT). None of the 56 known compositions contained chromium, one of the three metal cations of interest. While DFT can compute a few compositions per month, the machine learning model was able to learn from the 56 materials and make predictions on 70 new materials in less than one day.

Seven materials, four predicted to succeed and three predicted to fail, were experimentally fabricated and analyzed to assess the validity of the predictions. Rather surprisingly, several five-cation metal carbide compositions were discovered, wherein three of the five cations were chromium, molybdenum, and tungsten—the elements that don’t form the rocksalt monocarbide structure—and yet these compositions were experimentally shown to successfully form the rock-salt structure. Furthermore, all seven experimentally studied compositions resulted in single or multi-crystal structure materials in exact agreement with the machine learning predictions. The ability for the machine learning model to perform exceedingly well in such a non-intuitive chemical space, a composition space which contained no prior data to learn from, further demonstrates the unique strength of this approach. Our team expects the machine learning framework to be a useful tool in the development of other materials such as alloys, battery components, or pharmaceuticals.

This work is published in Nature Partner Journals (npj) Computational Materials, May 1, 2020.

Posted by Liezel Labios at 7:46 AM No comments: