Dispatches from the Amazon-Third in a Four-part Series


This is an update we received July 10 from Professor Marc Meyers, who is currently in Brazil, scouting locations for an expedition up the River of Doubt, which he plans to start this fall. Meyers plans to retrace the steps of Theodore Roosevelt, who explored the river 100 years ago, in 1914.
More on Meyers' planned expedition here. 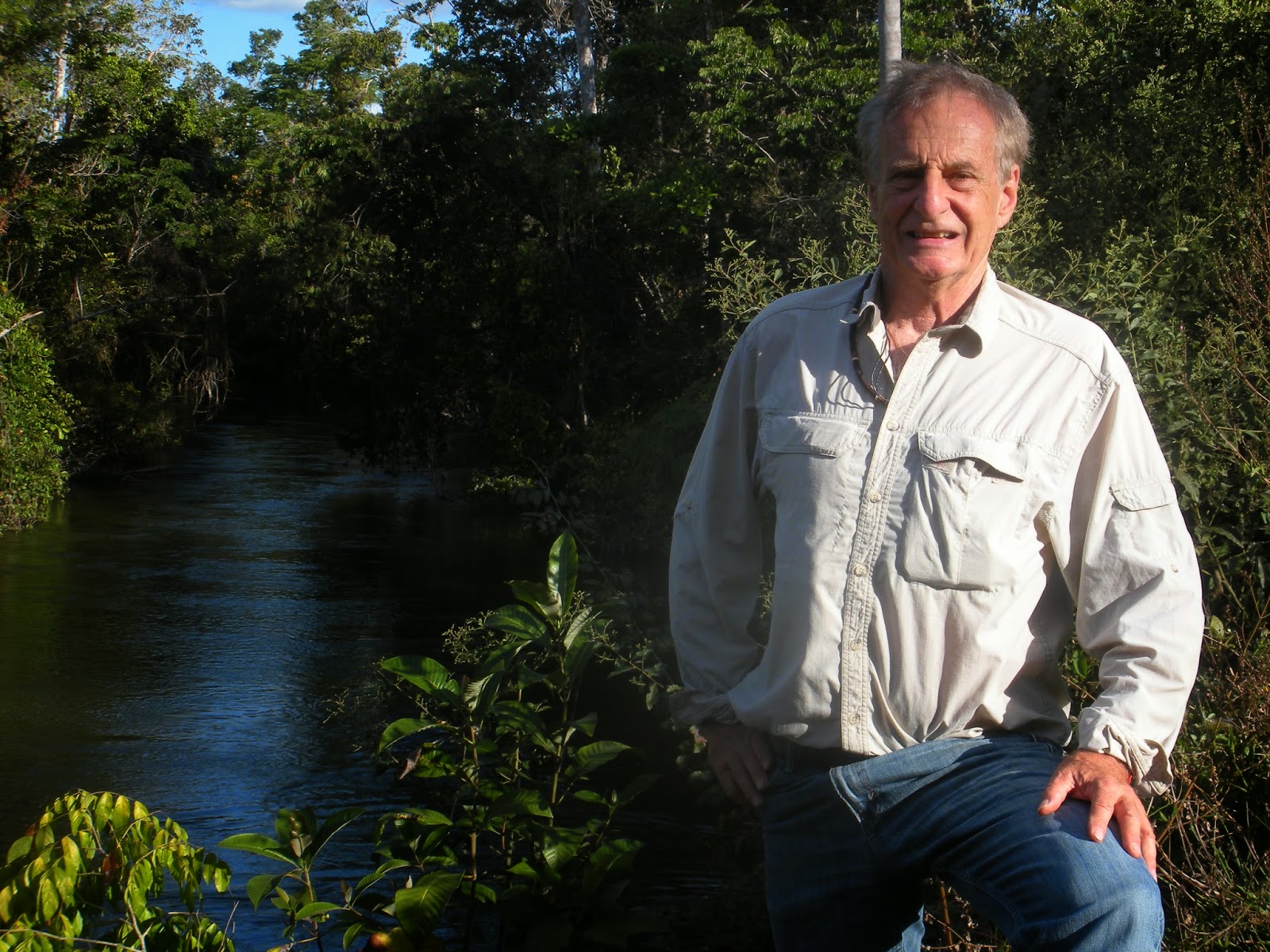 This was a good day, and my principal objective in Vilhena was accomplished: I was able to make it to the headwaters of the Roosevelt River. It was a stroke of luck, since my historian abandoned me after an enthusiastic start. I don’t know his reasons, but my mentioning of the Brazilian Army could have given him a sour taste. In any case, I was introduced to a local car rental agency and called its owner, Naif. I explained my situation, after he inquisitively asked me where I wanted to take the car, and informed me that I needed a four wheel drive. I suggested that he join me, something he had done 4 years ago. He remembered watching the Brazil-Netherlands game in the Indian village in 2010. We have a game coming on Saturday! (Editor’s note: Brazil faces the Netherlands for third place position at the World Cup). My luck is that he accepted to join me on such short notice and inquired about the road. Fortunately, he did not trust his sense of direction and obtained the help of Roberto, from the mayor’s office, through the intercession of Rita, a most efficient and competent person. 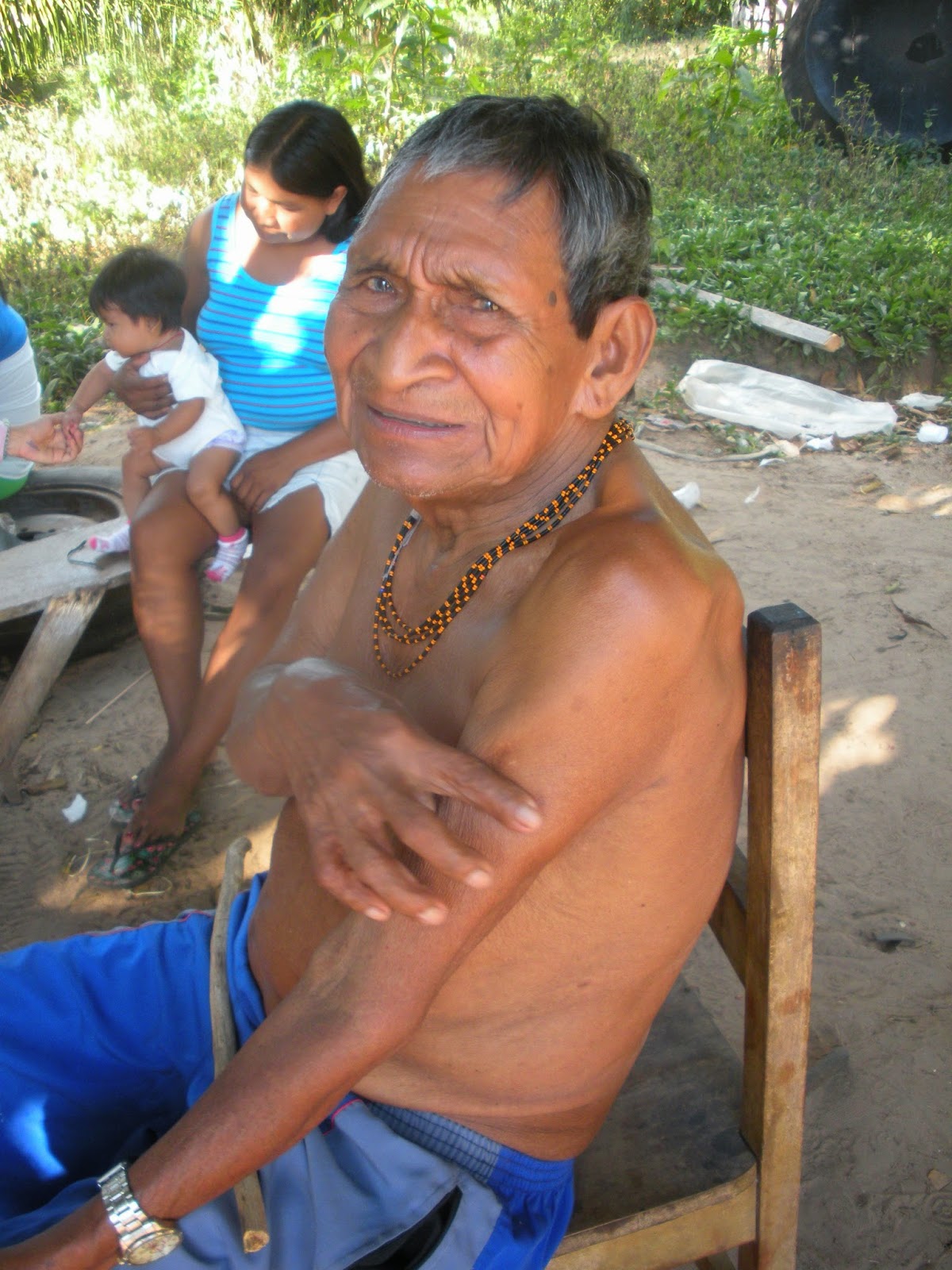 We started after lunch in his truck and soon abandoned the paved road, crossing immense fields of corn and soy fields. I thought I was in a living nightmare: a tropical version of the U.S. corn belt. The ‘cerrado’, a thin vegetation, had been cleared on this immense plateau to give rise to modern mechanized agriculture. This area has become one of the major corn and soy producers in Brazil.  The combines were neatly parked in the large garages of Fazenda Independencia. As the road got sandier and narrower, we got deeper into a forest that gradually grew denser. We were now on the Indian reservation. Then wooden bridges that grew more and more primitive and long sandy stretches, which could have never been crossed by a two-wheel-drive vehicle. After a couple hours and many forks with no signage, the road dipped further and we approached a slope that was too irregular even for our seasoned driver. We walked down a few hundred yards and saw the river between the trees. Exactly as described by Candice Millard in her book “The River of Doubt” about Roosevelt’s 1914 expedition, it had an ominous look. I crossed it with some emotion, since it is from there that Roosevelt and Rondon launched their dramatic expedition one hundred years ago. The trees hung over the rapid water like ghosts over a child. The stream was clear and innocent, but its movement had a disquieting nature. This is the flow that had taken them down, to suffering, death and, eventually, glory.

On the other side, a band of kids played in the water. They quickly ran out as the girls covered themselves. We asked for permission, which was given by the woman accompanying the kids, crossed the wooden bridge, and entered the minute village, two houses and a dozen people. She told us that she was a Nambiquara, but that this was a Sabanes village. The name Nambiquara arose a host of feelings, since these were the Indians studied by Levy Strauss in the 1940, which led to his classic book ‘Tristes Tropiques.’ These Indians were also described by Roosevelt in his account of the expedition.
A crew from Vilhena was there, checking the health of the Indians and measuring their blood pressure and blood sugar. Two boys played soccer while a pair of parrots squawked with infernal dissonance. An old man sat on a chair and chatted with us, telling us, in a barely understandable voice, that he remembered Rondon and that his father used to tell him stories about him. Showing his arm, which had an old scar, he explained that he used to work for the military and would be sent ahead of the soldiers to establish contact with wild tribes. A poisoned arrow had hit him there. “They rub the tip in shit,” he said with disdain and anger.  He went on, telling some other stories about Rondon’s love of nature: “He never allowed his workers to kill snakes.” Then, he told us that the remnants of the old telegraph line still could be seen, a short distance from the village. 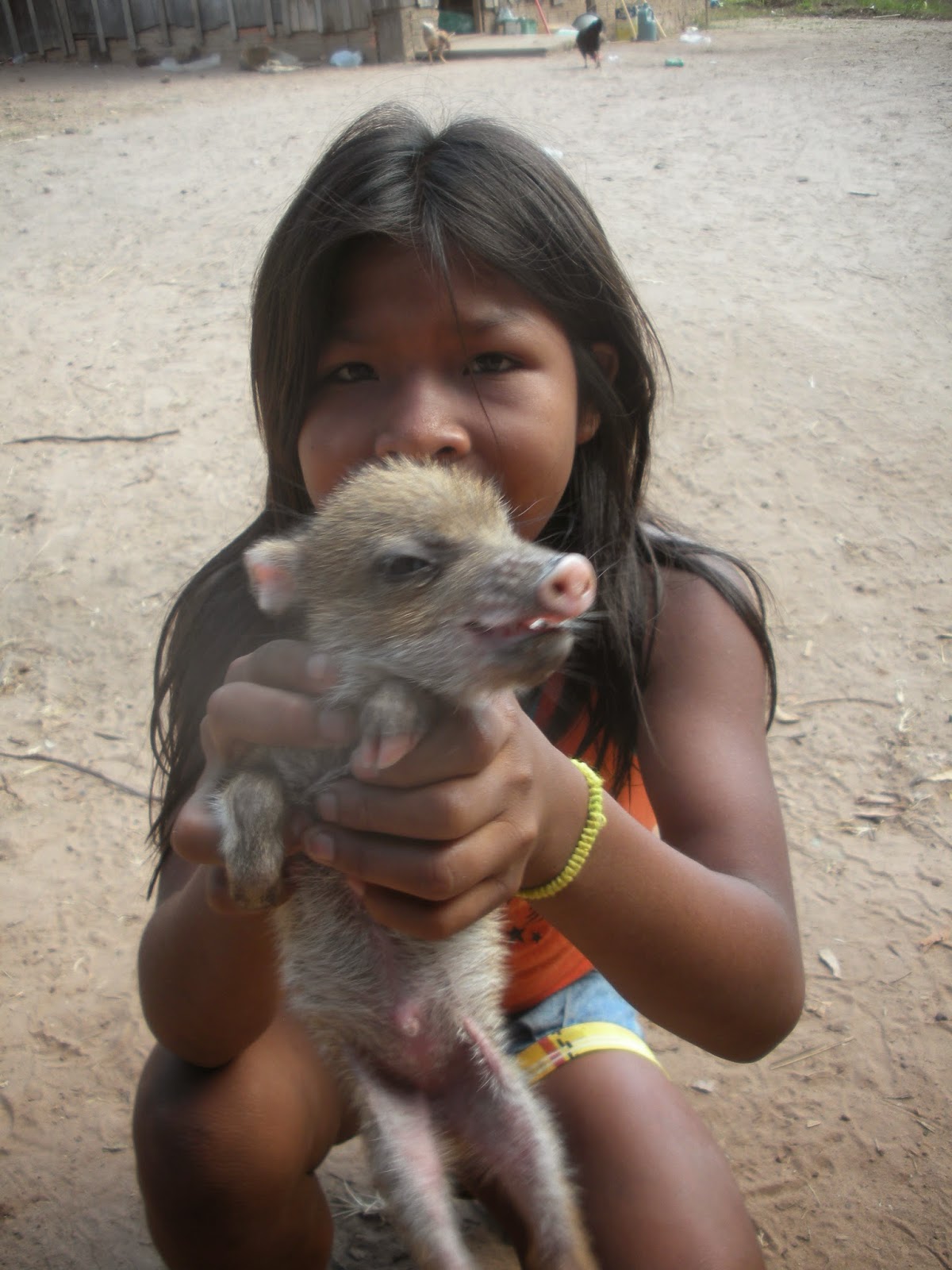 A beautiful little girl passed by, followed by a baby peccary (Editor’s note: a type of wild pig). I tried to fetch it and got a good bite. She ran into the hut, and the pet followed her as if she was the mother. Then, she brought the little critter out, holding it in her arms. “I have a monkey inside,” she said, and her mother authorized us to step inside. Indeed, a little marmoset was hiding under the roof.
I went down and looked at the river again. This time, it looked like a hole in the forest, pointing to countless dangers. The Indian lady had told me that it was impossible to go down. “We tried,” she said, “but the river disappears into marshes, reappears, and then drops.”
We wanted more information, but the old man referred us to Lino, the chief. But he was in Vilhena with his wife, who was sick.