Teams on fast track to success at GrandPrIEEE competition 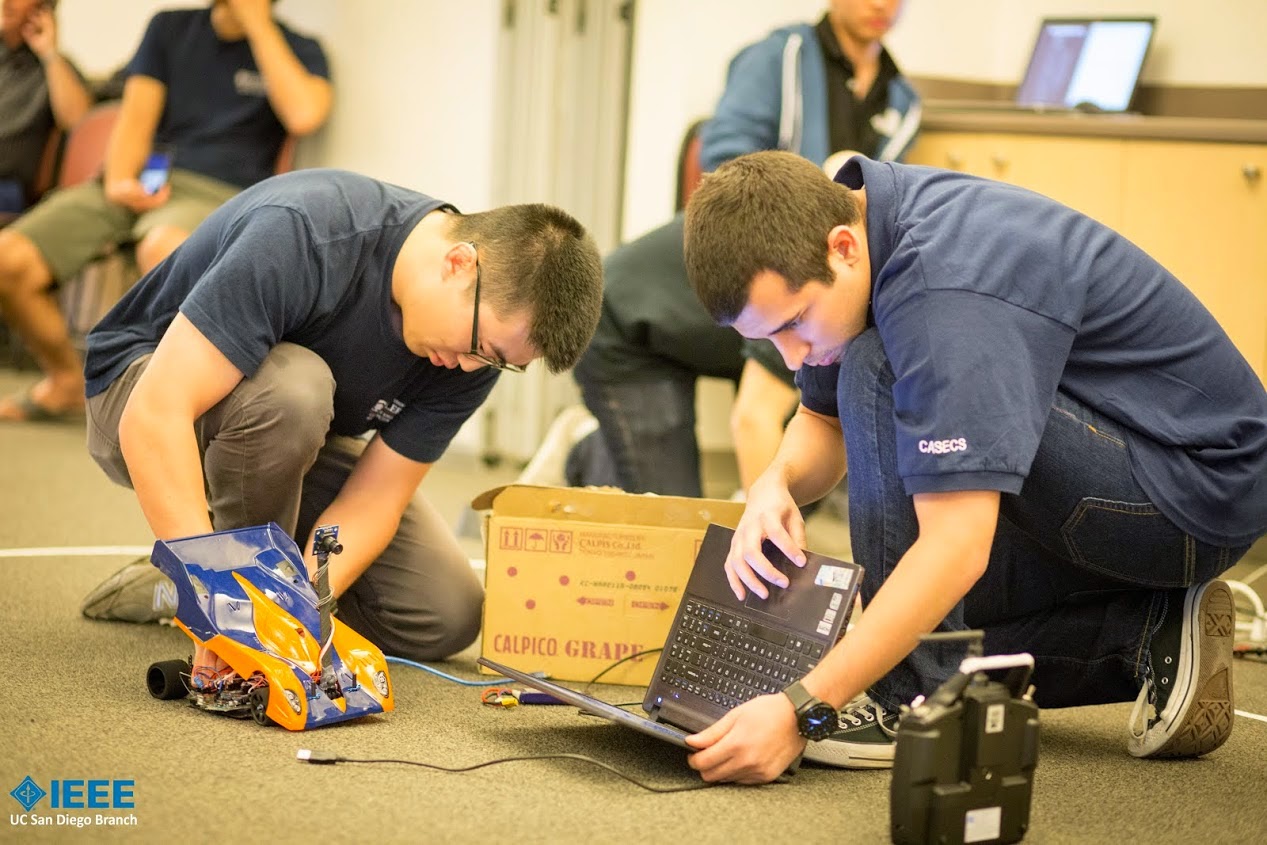 Twenty one teams from around California vied for first place in the GrandPrIEEE competition organized by the UC San Diego branch of IEEE Sunday April 19. In the end, two teams from Cal State Fullerton took first and second place and a team from UCLA took third place. The first UC San Diego team placed 10th.
The challenge was to design, test and build an autonomous vehicle that could navigate around a track in the shortest amount of time possible. The track was marked on a dark colored carpet with white tape, which in turn covered a wire delivering a 75 kHz sinusoidal signal. The winning team made its way around the track in 16.70 seconds. By comparison, the last team took 55.21 seconds.
You can watch two videos from the competition below: