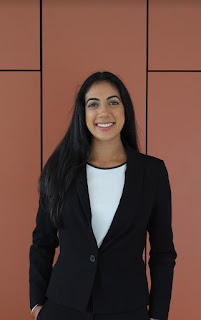 Environmental engineering student Manwinder Uppal was eager to get involved in the IDEA Center before she even arrived on campus. The summer before her freshman year, she saw that IDEA hosted a summer engineering program to orient new students to campus and share some tips to make the coursework a bit easier.

“Neither of my parents and none of my family members had gone to college so that was something that I needed,” Uppal said. “I got super excited and thought ‘Yay, an intro to college life!’ As soon as I came to campus I got lost for two hours, so it was good that we had an intro week.”

Since then, she’s participated in skills workshops run by IDEA on things like the python programming language, and was part of the JUMP mentoring program. She also branched out on campus, finding community through the Raza Resource Centro and Women’s Center, and encourages other students to do the same.

“I wish I knew more or went to the Women’s Center and Raza Resource Centro a lot more, because I basically live there now,” she said. “That whole area is really student oriented. When I did have way too much of an overwhelming situation going on with school or something I could talk to one of those advisors easily so it made it homey. That’s what solidified home away from home for me.”

She’ll be working for a year while deciding how best to accomplish her goal of making an impact through sustainable design.

Posted by Katherine Connor at 2:20 PM