Flying Over the Fallen Star 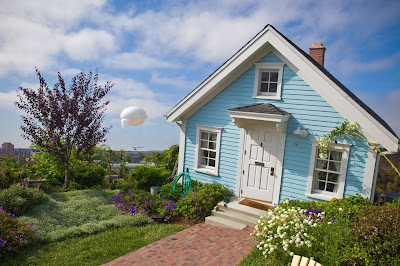 Some of you may have wondered why a small blimp was hovering over the Warren Mall last week. It turns out a group of Jacobs School undergraduates were testing an aerial camera platform, attached to the blimp, which is in fact a balloon (we're told).

The project is part of Engineers for Exploration, a program that allows UC San Diego students to partner with the National Geographic Society, the Hubbs SeaWorld Research Institute and San Diego Zoo Global.
For their test flight, the undergraduates had redesigned the camera with new rigging and a new pivoting device called a gimbal. The set-up holds a DSLR camera. The balloon is also equipped with a GoPro video camera. In addition, students rewrote the code that helps the platform remain stable.

The test flight was a success and the students took some amazing pictures and video footage. They created a high resolution panoramic shot by stitching together individual pictures. They also have started working on 3D reconstructions from 2D photographs. The goal is to create photorealistic 3D models of the area the camera platform surveys, where a researcher could virtually "walk through."

In the past, the camera platform has been used to track whales off the San Diego Coast. Students are preparing to take to the sea again soon. 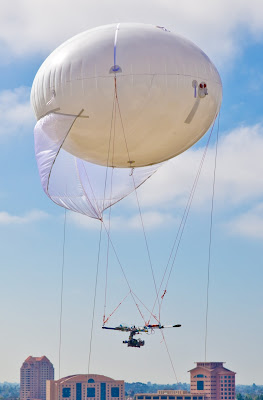 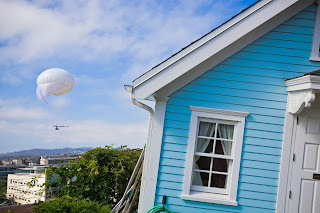